Ever since watching @dhh's demo of Ruby on Rails and how you basically would generate a complete blog application in 5 minutes I've read and written a lot of Ruby. Back then this was somewhat of a sensation and if you look at the current landscape of MVC web frameworks, many of them share a lot of similarities and builds on the core principle of convention over configuration.

A good friend of mine told me the other day that you are supposed to celebrate once in a while so I guess this is my celebration. 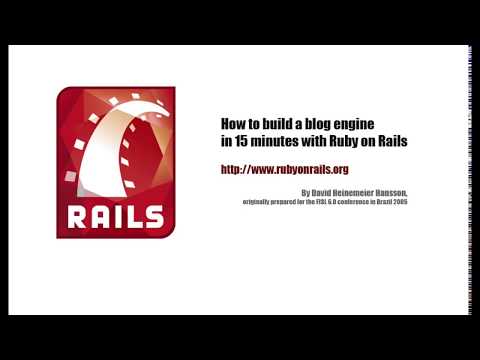 It might sound silly, but I get a really good feeling when watching the 'oops' video above.

What to learn next

It's easy for any programmer to argue on why to learn a new language as most of us feel really good when solving problems in new ways. There are just so many new languages and frameworks popping up that are supposed to be faster and more special in their own ways.

Is the grass greener on the other side in go land or perhaps Elixir heaven? I've spent quite some time doing Go, Elixir and of course JavaScript. But history seems to be repeating and I always end up with Ruby in the long run for general stuff.

It's one thing to write a single high performance API endpoint specifically for large volumes of event handling and it's another thing to write common useful general in some peoples' minds boring software.

However, I'm hoping to keep by Ruby as long as I enjoy coding. It solves 99% of the problems I work on solving while being super readable, which is something you do 80% of the time programming.

The day I leave Ruby will be the day I stop programming.

Thanks Matz and David for being a great source of inspiration and for creating these tools that have made life more enjoyable for so many developers around the world!